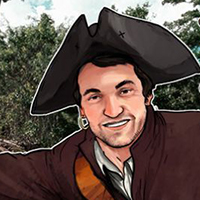 Ross Ulbricht, also known as Dread Pirate Roberts, is the owner of the trading platform Silk Road. Silk Road was a platform for trading drugs, psychotropic substances and other illegal products. The website was working as a hidden service with Bitcoin as the main currency that was used as a payment method on the site because of its relative anonymity, transactions’ speed and Ross’s affection for digital currency. Ross Ulbricht’s net worth is estimated to be several millions of dollars, a result of charging a fee on every successful deal. In 2013, he was arrested on charges of drug trafficking, hacking attacks and conspiracy to commit money laundering. In 2015, Ross Ulbricht was sentenced to life imprisonment at the age of 31.
ピックアップ記事
もっとビデオを見よう チャンネル登録
もっとビデオを見よう チャンネル登録
広告