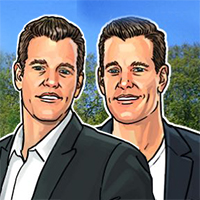 The Winklevoss twins – Cameron Winklevoss and Tyler Winklevoss — are American rowers and Internet entrepreneurs, famous for co-founding HarvardConnection and suing Mark Zuckerberg, the founder of Facebook, with the claim that Zuckerberg stole their idea to create a social networking site. This case ultimately provided them $65 million. Today, the Winklevoss twins are venture capitalists and Bitcoin investors. The twins led $1.5 million into a Bitcoin payment processor called BitInstant, though it was closed after its CEO, Charlie Shrem was charged with money laundering. The Winklevoss twins also established Winkdex, a financial index for tracking the price of Bitcoin. In addition, the Winklevoss twins are the founders of the Bitcoin exchange Gemini, the world’s first ether exchange to be licensed. Currently, they are working on exchange-traded products with cryptocurrencies and won a patent for settling it.
ピックアップ記事
もっとビデオを見よう チャンネル登録
もっとビデオを見よう チャンネル登録
広告