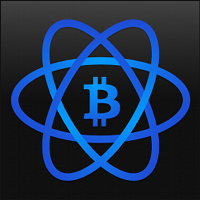 Electrum is a Bitcoin and Dash electronic wallet. The first version of the Electrum wallet was launched by Thomas Voegtlin in 2011. Thomas Voegtlin had been developing Electrum by himself until in 2015, when he announced that anyone interested can take part in its development. The Electrum Bitcoin wallet is a thin kind of wallet, which means that a user doesn’t need to download the entire history of the blockchain. Electrum has two-factor authentication, supports hardware wallets, offers desktop and mobile device applications and allows users to keep their private keys offline. According to the official website of Electrum, the program was developed for all users — from newbies to specialists. Electrum is a free piece of software. However, Electrum has fees for transactions that are noted on the official website.
ピックアップ記事
もっとビデオを見よう チャンネル登録
もっとビデオを見よう チャンネル登録
広告