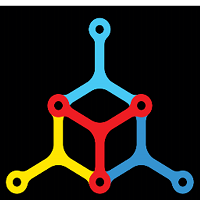 MyCelium is one of the first secure and private digital banking projects. The MyCelium network was launched in 2008 and, initially, the main goal was to create an independent, self-powered network that could form wherever a sufficient number of nodes came together to support it. With the appearance of Bitcoin, the project’s team realized that the technology could fit perfectly into the project’s ideology. MyCelium has several applications, such as the MyCelium wallet, a payment system that accepts fiat and cryptocurrencies, a Bitcoin payment processor, offline hardware storing devices, etc. The MyCelium Bitcoin wallet was created to provide the ability to store, send and receive Bitcoins. Recently, the team presented the MyCelium Bitcoin Cash Module for keeping BCH accounts with instant exchange to BTC.
ピックアップ記事
もっとビデオを見よう チャンネル登録
もっとビデオを見よう チャンネル登録
広告