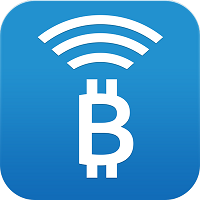 Airbitz is a single-sign-on security platform for blockchain apps. The most popular development of the platform is Airbitz Bitcoin wallet, which is developed for mobile devices. The company was founded in 2013 by Paul Puey, William Swanson and Tim Horton. The Airbitz wallet is a decentralized and secure storage for cryptocurrency with a newbie-friendly interface and convenient tools. Airbitz Bitcoin wallets are automatically encrypted, backed up and are available to work even if Airbitz servers don’t work. After the Bitcoin hard fork in 2017, the company announced that Airbitz would support Bitcoin Cash. However, the version that will be available for sending and receiving BCH will only be available in a future release.
ピックアップ記事
もっとビデオを見よう チャンネル登録
もっとビデオを見よう チャンネル登録
広告