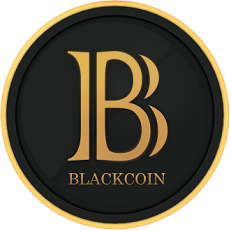 Blackcoin is cryptocurrency that appeared after the fork of NovaCoin, which occured in 2014. Blackcoin initially had been using a PoW algorithm but was then was changed for PoS. Due to PoS v 3.0, all Blackcoin holders get rewards in the form of dividends, the amount of which varies from one percent to eight percent yearly. Even though Blackcoin’s price is currently less than a dollar, it nevertheless has two advantages that make this cryptocoin attractive for investors. The first one is the possibility of gaining money just from holding Blackcoin and keeping the program turned on so it can work as a Blackcoin faucet. The second one is the very fast confirmation of transactions, which usually less than a minute. Multipool Blackcoin consists of the computer power of all Blackcoin community members in order to mine other altcoins, which can then be exchanged for Bitcoin and Blackcoin. Blackcoin mining is unavailable because of PoS.
ピックアップ記事
もっとビデオを見よう チャンネル登録
もっとビデオを見よう チャンネル登録
広告